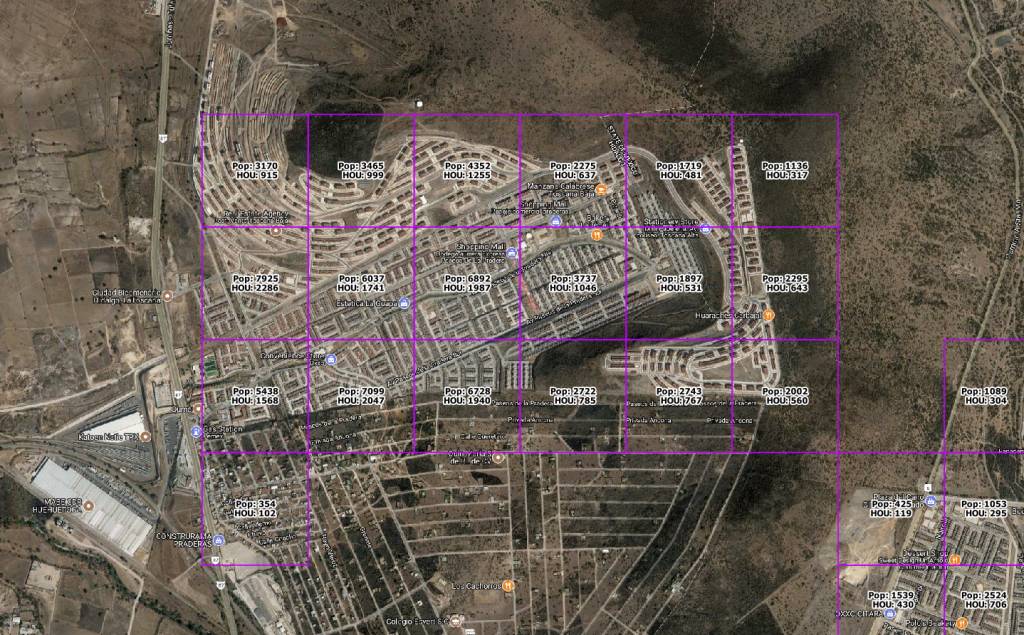 It’s human nature to push boundaries.  In the location intelligence world, that’s part of what we all do every day.  There’s probably not a business analyst or GIS analyst out there who hasn’t used a dataset to solve a problem it was never meant to solve.  That creative repurposing of data is part of the fun of what we do, but it never seems to work quite as well as using a purpose-build data product.

Demographic data that comes from a census is the first thing that comes to mind when thinking about repurposed data.  While many census programs release demographic data and geospatial boundaries to end users, these datasets don’t often come with all of the footnotes that they merit.  That’s why we want to spend this blog post highlighting some of the risks that come with using straight-up, unadjusted census data to guide business decision-making, using Mexico census demographic data as a focal point.

Mexico demographic data are released every time INEGI conducts a decennial census.  (INEGI is Mexico’s national statistics bureau, which manages the Censo program as well as a number of surveys, macroeconomic indicators, and other statistical and geographic programs.)  Nowhere in INEGI’s charter will you find a dedication or shout-out to the business community; it’s very much a public institution whose core mission is to serve the public.  The whole point of a census is to take a snapshot of the population and its characteristics, so that policymakers can make informed decisions about where to allocate resources.  (Admittedly, that’s a major oversimplification, but it really is true.)

Here’s another oversimplification: policy moves slowly, and doesn’t need the latest and greatest data.  The cost/benefit equation when it comes to conducting a nationwide 100% census count seems to balance out at 10 years, which has become the norm.  Businesses, on the other hand, move much more quickly than policy.  It’s hard to think of a single piece of 10 year old data being entertained in a boardroom: for business leaders, that 10 year lag might as well be a century.  Yet, every day, in boardrooms and real estate committee meetings, that’s exactly what’s presented when it’s time to talk market analysis or trade area modeling.  This isn’t groundbreaking news by any means, but it’s something that many analysts and executives have grown accustomed to: complacency with using outdated data, and trying to make up for stale data by relying on anecdotes, conjecture, or brokers’ stories to fill in the gaps on a one-by-one basis.  This reality is frustrating at best, but can also be just plain wrong.

Mexico demographics from INEGI are not designed for the temporal resolution or update frequency that fast-moving, competitive businesses require.  A purpose-built Mexico demographic data tool, that bases itself on the census but incorporates multi-source information on the size and location of growth, can offer answers and inform decisions with greater fidelity to what’s really happening on the ground.  Building that data has been GeoAnalitica’s mission since day one.

Now that Mexico’s Censo 2010 is approaching 8 years old, there’s never been a worse time to use its results to plan markets and trade areas for today or tomorrow.  GeoAnalitica’s Mexico demographics offer a snapshot of the urban population once per year – even for areas that INEGI’s Mexico demographics don’t have on the map.

We’re not saying INEGI data is wrong, nor are we saying that GeoAnalitica’s Mexico demographics are right for every purpose and need.  We just want our user community to remember fit-for-purpose, and to understand that different datasets are destined to solve different kinds of problems.  Next time you find a piece of 2010 data sneaking into your analytical process, give it a moment and think: does the age of this data present any risks, and is there something more recent out there?  An informed decision is more likely to be a good one.