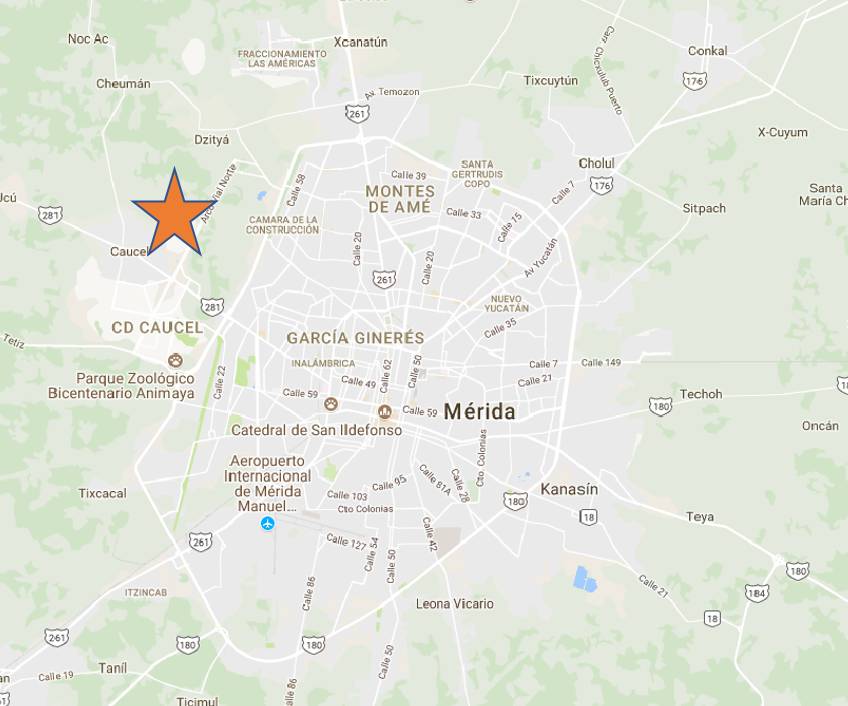 Mexico Censo AGEBs are a great tool for location intelligence, but they don’t tell the whole story.  To fill in the gaps, GeoAnalitica developed a process to create Growth Grids, boundaries that encapsulate areas of new growth beyond the urban boundary.

As we roll out more than 3,000 new Growth Grids for 2017, we’d like to zoom in on a few of them as an example of the types of change detected by our demographic data build process.  This series of blogs will cover a handful of growth stories that have unfolded since INEGI Censo 2010 demographic data was collected and published nearly a decade ago.  Today, we fly to Mérida, to take a look at a growing community on the western periphery of the urban core.

Gran Santa Fe Norte is not an old community.  In fact, it didn’t even exist back in the summer of 2010, when INEGI Censo field personnel were out tabulating census data.  It wasn’t until 2011 that new roads were paved into the humid Yucatán landscape, and new homes started to take shape.  Since then, there has been constant construction, as new phases of the community are launched.  Even in 2017, we are discovering newly built, newly occupied corners of Gran Santa Fe Norte that weren’t there the year before.

Identifying ‘where’ growth is occurring is a valuable advancement over Censo 2010 demographics.  Quantifying the scale of growth takes things to the next level.  Our process, which relies on multiple sources of change-aware data to allocate new household formation across a city, estimates about 3,900 households in the Gran Santa Fe Norte community.  That’s about 14,000 people living in an area that, according to Censo 2010 data, is still a patch of jungle.  Growth at this scale is too important to ignore.

Growth in mass is one thing, but how can we understand the context?  Particularly, what kinds of families are living in Gran Santa Fe Norte, and where do they fall on the socioeconomic spectrum?  GeoAnalitica’s process incorporates multiple primary data sources that shed light on the characteristics of these households.  Evidence seems to point to Gran Santa Fe Norte being a generally “C+” community, with an estimated average household income of MXN$296k per year – some 40% higher than the national average.  A quick peek on the ground – courtesy of Google StreetView – shows well-kept houses, ungated streets, and modest late-model cars…the hallmark of a middle-class Mexican residential development.

As alluded earlier, the story is not yet over for Gran Santa Fe Norte.  The community has been growing and developing for six years straight, and it’s anyone’s guess what happens next.  When researching an area that is experiencing great growth and change, it’s important to use a demographic dataset capable of detecting and measuring that change.  GeoAnalitica’s Growth Grids technology is one way to keep informed of important growth stories like this one, which are unfolding across Mexico every year.  Stay tuned for more blogs that take a closer look at notable developments like Gran Santa Fe Norte.